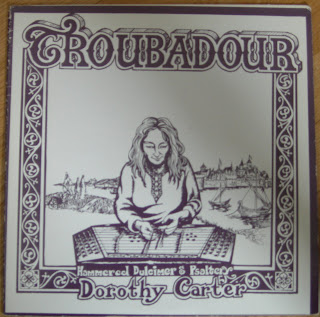 Sorry about the delay in getting the files posted for this one. I also should let you know that I may need to be traveling in the coming week(s) and so may miss a post or two.

Now as for this excellent record, Dorothy Carter was (she passed away in 2003) primarily a hammered dulcimer player (although she also sings and plays flute on this record). She was a founding member of the Mediaeval Baebes & also performed on records as diverse as Sun Electric's Via Nostra & the Serious Solid Swineheard is Better Than Homecooked Clapham Junction album. This record is a beautiful collection of folk melodies from diverse times and places performed on dulcimer, psalter &/or flute (by Carter) and accompanied by Sally Hilmer on tamboura & Connie Demby of Ch'in. Carter also sings on a couple numbers. The accompaniment adds a nice Eastern vibe that will strengthen the appeal to fans of acid folk.

Her album Lonesome Dove is available from the Mediaeval Baebes web site. There was also a 1978 album called Waillee, Waillee and a CD entitled Dorothy Carter, 2003. I haven't heard any of those but based on the strength of this thrift store find I plan on tracking down copies.

I ripped this from vinyl and cleaned up most of the clicks and pops--only a couple large ones remain--and I think it sounds pretty good. Its encoded at a high quality variable bit rate using LAME encoding. You can pick it up here. 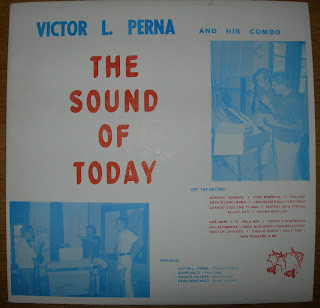 After this and last week's post, I wouldn't be surprised if some of you thought that my blog had been hijacked (as unfortunately happened to music blogger Hans Zun recently), but the fact is I'm trying to stretch your musical horizons a little. I like ALL kinds of music including cheesy, Italian, organ combos who perform cover versions of I Was Kaiser Bill's Batman, Hava Nagillah, and I'm A Believer--I hope you do as well. Hence this week's post. Also, I was certain that this one hasn't been posted on any other blog.

I can't really tell you much about Victor or his combo--I believe they came from Milan originrally (at least they are referred to on other releases as Victor Perna & His Milan Combo). The band members are as follows Victor L. Perna (Trumpet-Vocalist), Misino Mussi (Piano-Organ), Franco Dillena (Bass-Vocalist), and Dario Montaldo (Drums-Vocalist). The record was a thrift store find and is a private press release (no label name on the label and no back cover). It was also pretty damn scratchy. Usually I try to remove all the major clicks and pops (a time consuming process that involves going over each song second by second to locate obvious noise) but I kind of gave up on that process pretty quickly with this one--I did remove most of the major clicks and pops but it's still pretty noisy. Also, I recorded this one the first time I listened to it and recorded it in stereo before realizing that it was a mono recording, so you have it here in fake stereo. Finally, because of the sound quality I only encoded it at 192k.

Never fear, there are some fine 60s & 70s pop and psych records in the pipeline (including Dorothy Carter, Michael Styers, the Last Words, the Orange Groove, Trini Lopez, and a truly incredible private press moog-psych outing from Baltimore circa 1976 that I'm willing to bet you haven't heard before).
The music has been reposted (again) HERE
Posted by Max at 10:35 AM 8 comments:

One potential problem with having so many great music blogs out there on the net (for me at least) is that things I intend to post turn out to be posted elsewhere already. I had ripped John Blair's 1971 album, Mystical Soul and was preparing the tracks (separating individual cuts and going through each .wav file to remove clicks and pops) when I discovered it had already been posted on the headfonehaus blog. So I figured I may as well just point you to that fine blog instead of duplicating efforts.

However, this left me without a record to post so I decided to quickly put up an old 7 inch rip: Randy Starr and His Merry Martian - Hootenany on Mars/Do You Remember the Day (Laurie 3231). The single was released in 1964 and, I'm pretty certain, has never appeared on a CD (not even a compilation). "Hootenany on Mars" is the sort of formulaic, cheesy, novelty number that is sadly missing from the the contemporary music scene. You can imagine the producer (who also probably wrote the song and played bass on it) saying to the engineer (who co-wrote), "Let's take one from column A--how 'bout Space Exploration (Mars)--and one from B--Folk Music (Hootenanies) sounds good. And don't forget the Chipmunk sounding backup vocals. I'd say we've got us a song!" "Do You Remember the Day" is a strange, science-fiction themed folky pop number about the 1st mission to Mars and includes a stirring tribute to the astronaut who gave his life so his crew could survive (apparently jettisoning himself into space because there was too much weight on the rocket--I'm sure those 200 lbs. made all the difference).

I believe this is the same Randy Starr who had a minor hit with the song "After School" (which is available on some compilations) but who never cut an album that I'm aware of. Rumor has it was a dentist from the Bronx. He also wrote some of Elvis' lesser hits (e.g., Kissin' Cousins) and performed on the instrumental classic "Enchanted Sea" by the Islanders. If you want to make certain you can find his email on this Web site. 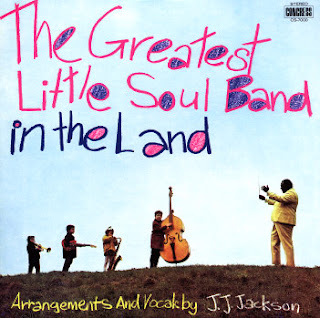 It's been a while since I posted any soul music and this is some damn fine soul music (with jazz and rock moments to boot). I wasn't sure whether I should post it though since, although it hasn't appeared on CD, there was a vinyl reissue a few years back and it is still possible to pick up a new copy if you look hard enough (this rip though was from the original vinyl on the Congress label).

Jerome Louis "J.J." Jackson was an American singer, songwriter, and arranger (and NOT a VeeJay) who wrote music and arrangements for Jack McDuff, Jimmy Witherspoon, the Shangri-Las, and others before branching out to perform his own songs. He recorded a hit (#4 on the Billboard charts) in England in 1966 with his own composition "But It's Alright" using a backup band of British session musicians. I guess it worked well enough for him that he decided to stay in the UK where he recorded 3 lps over the course of 4 years. This is the 2nd and also features a lineup of British (and at least one Jamaican) musicians including members of the jazz-rock fusion band If and one of the greatest trombonists of reggae music. Here's the full line up of the group:

And here's the songlist:

And listen to the music here.