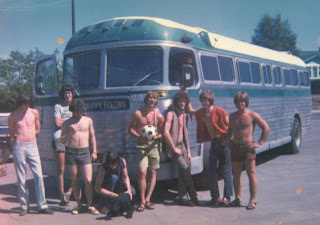 It's been a busy week so I wasn't able to get one of my own rips up & this record was requested some time ago, so here is the self-titled debut (and only album) of Happy Feeling. It's really fine sunshiney, good-time pop music. Unfortunately I don't have a cover shot for the album so instead you get a picture of the band (w/ roadies) in front of their tour bus--but I bet you figured that out already. I also can't supply much info about the band--they're probably best remembered for contributing a member to April Wine. I guess it was one of these guys: Jim Aiello (Vocals), Dan Ferguson (Guitar), Gordie Moffat (Organ), Gerry Mudry (Drums), Bob Wagner (Guitar/Bass), Bob Moffatt (Guitar) .

As I mentioned it's not my rip (& I no longer know who's rip it was--but thanks) & it does have a bit of noise/clicks--still it's well worth a listen. 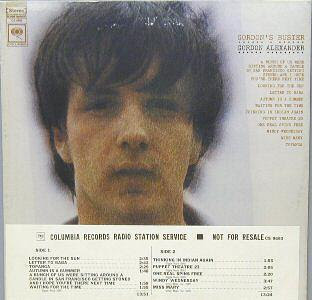 Filling another request here, also from an artist who appeared on the Mystic Males compilation (which, BTW, I highly recommend).
The record was produced by Curt Boettcher (around the same time as the Millennium Begin lp) and Sonny Knight, and fans of Boettcher's brand of California psych-pop will find a lot to savor here. The band is excellent and includes 5 members of the Music Machine and a long list of session plays and guests such as guitarist Al Casey, tenor player Plas Johnson, and Lee Mallory of The Millennium.
As for Gordon, he's a decent singer even if he pops his P's. His songs are good too--all very trippy. I commented recently that J. P. Rags' lyrics (and especially his spoken word pieces) seemed silly. Alexander's could be confused as being silly as well but they're not, they're psychedelic, and probably made perfect sense given the proper state of mind. Here's an example from Thinking in Indian Again:
How is your bind bending, how is your mind bending
I like to fly using my middle eye on a beam to the end of my brain.
I hope you can see the difference.
Tracklist:
Side 1
1. Looking for the Sun
2. Letter to Baba
3. Topanga
4. Autumn Is a Bummer
5. A Bunch of Us Were Sitting Around a Candle in San Fransisco Getting Stoned and I Hope You're There Next Time
6. Waiting for the Time
Side 2
7. Thinking in Indian Again
8. Pupper Theatre 23
9. One Real Spins Free
10. Windy Wednesday
11. Miss Mary
Get the music here.
Posted by Max at 6:03 AM 19 comments: 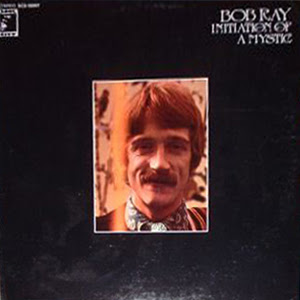 By request, another fine slice of late-60's pop-psych pie, this time from Bob Ray, onetime bass player for Donovan (that's him on Season of the Witch) and later a member of the pop trio Thorinshield. This release doesn't have the sunshine vibe of that band but is certainly as good or better in its own somewhat darker way.

The core band on this one (see below) featured some fine LA session players and the record was produced by Johnny Rivers.

This one is not my rip (props to Dancing Gods). It is ripped at 320kps.
Here's the music.

Note: Since I had another record planned for posting this week I think I'll get a 2nd post this weekend, so stop back.
Posted by Max at 8:00 PM 9 comments: 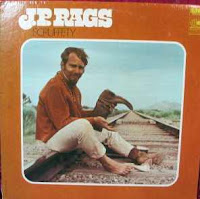 I think you can best describe this release as lounge music for hippies (or maybe a lounge lizard's idea of hippie music, I'm not sure)--I can imagine someone in the audience asking for some orange sunshine with that martini. A casual listen will suggest that you've found a sweet, somewhat innocent pop relic. However, if you listen closely you'll soon realize that this is pretty silly stuff (lyrically speaking). Especially the spoken word, philosophical interludes--they're downright ridiculous. Rags (real name D. Cox) writes lyrics that wouldn't be out of place on a greeting card and delivers them with a with a childlike (or perhaps childish) quality make him come off as a sort of an unholy cross between Scott Walker (sans gravitas) and Mr. Rogers (with a joint).

Check these lyrics:
I heard a sightless man describe great beauty he had touched
And I admired his sense of smell so very much
Impressed by how his ears could see
I wondered just how it would be
If I could smell her soft clean hair
Upon my pillow lying there

But don't let that turn you off to the record. Silly isn't always bad & this record certainly has its moments. I don't know much about the band but Nilsson contributes a blurb to the back of the lp cover & Larry Goldberg & Doug Cox produced it.

This was a request--I believe based on the Rags track that appeared on the Mystic Males compilation. I liked that track too, but it was on the short side--I'll let you be the judge of how he holds up on a whole album. 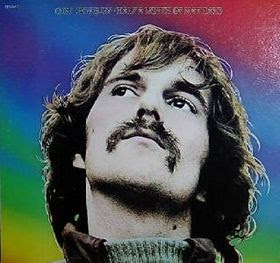 This week's musical delight is the sole record (at least that I'm aware of ) from Curt Newbury released on Verve Forecast back in 1969. It's excellent, West-coast, folk-rock with a fair amount of country twang and some psychedelic influences (both chemical and musical, I imagine). The lyrics are good and touch on the appropriate concerns of the time (love, protesting the war, hanging pictures--I guess times haven't changed that much). The band (which consists of the majority of the fine psychedelic group, Kaleidoscope [U.S.]) is in top form, and Mike Deasy contributes some smokin' guitar solos. In addition to writing his own material Newbury was also a flying instructor and a licensed hypnotist (although I'm not sure how those activities influenced his musical work).
Here's the personnel, courtesy of Fuzz, Acid & Flowers:
RICHARD APLANALP clarinet
MIKE DEASY gtr, dobro, mandolin
COFFI HALL perc
HOWARD JOHNSON tuba
RON JOHNSON bs
JEFF KAPLAN gtr, organ, bs, piano
PAUL LAGOS drms
RICK MATTHEWS perc
CURT NEWBURY vcls, gtr
TEMPLETON PARSLEY (MAX BUDA) electric violin, hrmnca
PAT SMITH bs fiddle
And here's the tracklist:
Side 1
1. S & C See Me
2. Christ, How Easy It Could Be
3. To Marcia
4. Highchair Blue
5. Let's Hang Some Pictures Tonight
Side 2
6. Half a Month of Maydays
7. Colonel Haygood
8. A Girl Is Just Too Much
9. Maybe Summer Bells
10. Private Jackson Regrets
Music at d*vshare & music at s*ndspace.
Posted by Max at 9:18 AM 15 comments: