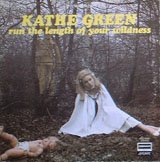 Another busy week so another short post... This is a record I think should be better known especially with increased interest in psych-pop/sunshine pop from recent years. OK the cover doesn't looks very sunshiney and it's true that there is a dark quality to some of the songs but I think that just adds to the appeal for me. The orchestrations backing Ms. Green's vocals are grade A and that may be due in part to the producer Wayne Bickerton who was the house producer at Deram records for many years. My favorite track is Primrose Hill--an upbeat, unabashedly pop number with a rousing orchestral finish. From what I could gather Kathe Green had a small part in Peter Sellers' The Party & sang the title song for Die Screaming Marianne. She is the Kathe Green who sang on the Up With People record (which I may post some day). If you have anymore information, want to say hello, or would like to make a request please leave a comment.

You can now hear the music on a new CD from Rev-Ola & so it is no longer available here.
Posted by Max at 6:08 AM 30 comments:

I don't have a lot to say this week.

Morganmasondowns is a band I know almost nothing about. They produced, however, a fine album of American hippie folk-rock with certain pop and psych inflections. The trio (Morgan, Mason & Downs—get it) of 1 woman and 2 men have some very nice vocal harmonies and songs about flowers and fairs and the rotating earth. The record was produced by Allan Nicholls who I believe is responsible for a number of Robert Altman soundtracks (although not my favorite one, Short Cuts). 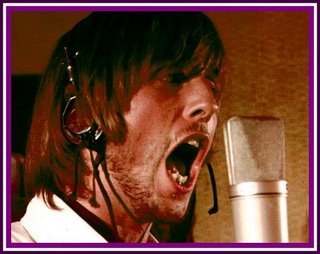 By request, here's Bobby Jameson's 1969 album Working (released on GRT Records & sadly unavailable on CD). The blog, Palestinian Light Orchestra, recently posted his 1967 album Color Him In and his 1st album, recorded under the name Chris Lucey (Songs of Protest and Anti-Protest) is available on CD from Rev-Ola. Of the 3, the Chris Lucey release is my favorite but all of them are worth a listen--in fact repeated listens.

I'm a little pressed for time so I'll just clue you in to a few good links. If you want a bio, there's one here. The photo above, of Bobby singing Vietnam!, is nicked from a fine Frank Zappa Web site, which also has some good biographical info & the most complete discography I've seen.

Here's s tracklist & list of performers for the Working album lifted from this The Band Web site:

A great record--once again from the WMUC archives.

Because a number of blogs have been having problems with R-----share removing their posts I've decided to try a different service. I'm not particularly afraid people will want to remove the obscure lp releases I'm posting here but R----share deserves a boycott by bloggers everywhere.

I've also switched back to compressing the files with RAR--if anyone prefers ZIP they can leave a comment. Finally, speaking of comments, if you like the music posted here or have a request for something that's unavailable on cd, please leave one. Some comments would make me happy. Oh, the music is HERE (reposted).

There's some very soulful psychedelia--or is it psychedelic soul--on this slab of vinyl. From the opening of the 1st song (Paint It Back) this is clearly a keeper--the song starts with some Latin percussion (nice set of congas) & a few well placed guitar chords. Then it adds a soulful electric guitar to carry the melody, a bass break, some weird laughing & what sound like a guy popping his mouth with his finger. There are a few vocal snippets (some seem to be in Spanish but I can't really tell since they're not all that clear). Later you do get some other vocals that are clearly distinguishable in the mix: some of the nah-nah-nah chorus, a "paint it black" chant, someone singing about being "out of my mind," a bit of the rest of the chorus ("I see a red door..."), and the some signing ("the old lady sure looks good to me") that I'm pretty sure belongs to another song (although I can't recall the name of it at the moment). Really though it's the instruments that carry the song--all very laid back and hip and both soulful and trippy. The rest of the record doesn't disappoint although Paint it Black remains my favorite track. You also get covers of Light my Fire and a Louie-Louie/Ode to Billy Joe medley that really hits the spot. Some cool orginals as well: a soulful Here I Stand & the funky Widow. Throughout there's plenty of cool rhythm breaks and some fine guitar work.

You may have noticed that artwork & title reference The Band's Music From Big Pink but it does seem the Lil' Brown was a real place. Group member Rip Spencer notes (in an article on the Valiants, linked below), "We used to rehearse at Gary Pipkin's house and he had this little brown shack, a playhouse in the back yard, for his kids."

The core group of Africa started their music career as members of the doo-wop band the Valiants--there's a great history of their various transformations available on the Web here.

This album was produced by Lou Adler and released on Ode records (a subsidiary of Columbia). It was, unfortunately, their only release. However, a second album's worth of material was recorded for MGM but never issued--another music industry crime since if it's half as good as this I'd rush out and buy a copy. You can't get this album on CD (another crime) but you can download it here.

Next week I'll be posting Bobby Jameson' Working album from 1968, which was requested by TBA on his/her great blog: Palestinian Light Orchestra

In coming weeks I'll also be posting the soundtrack to Angel, Angel Down We Go & Kathe Green's Run the Length of Your Wildness. I'm trying to keep a steady pace of 1 record a week so as not to burnout. If you like what you hear or have any requests please leave a comment.
Posted by Max at 7:18 PM 11 comments:

OK--I had a nice post with links and commentary and the computer froze & it was lost--so here's the abbreviated version--in the future I write the posts 1st and then paste them in here.

I should start by noting that this is certainly not George Stavis' best work. I loved George Stavis 1st solo album, Labyrinths (originally released on Vanguard and available on CD from Arkama). If you don't have it run out & get a copy. Robert Christgau said about it, "I don't know much about Oriental-influence banjo music, but I know what I like." I'm not a big fan of Christgau's but I also know what I like and I liked that album. Stavis' banjo improv on that 1st album rivals the guitar work of John Fahey and Sandy Bull from the same era.

Stavis' groups efforts are also well worth further investigation. He was the best part of 60's rock band, Federal Duck (their album is available on CD from Radioactive Records out of the UK) and was also in the group Oganookie (which I haven't heard but have heard good thing about)--both prior to recording his Labyrinths album.

Which bring us to this album, Morning Mood, released on Aspen records in 1986. Unfortunately this gets labelled a "new age" record sometimes. I also saw it once described as "Windham Hillbilly"--a witty but not quite fair description. In fact its more of a modern bluegrass outing reminiscent of some of Bela Fleck's work. While those expecting a sequel to Labyrinths will be disappointed, the record still has some bright moments: his new version of Finland (a song he first recorded on Labyrinths) & the track Goblins stand out. A lot of the rest of the record is more straight-forward bluegrass with some jazz and even classical elements.

So given my own ambivalence about the record, why post it? Well to help completists and fans of Stavis' other work hear a rarely heard record without having to shell out $10 to pick up a copy on ebay. Also, in spite of the fact that the material here is not as interesting as his Labyrinths release, Stavis is still an excellent banjo player and fans of the instrument and of bluegrass will probably find something to like REPOSTED HERE.

The music is ripped from lp (with some noise reduction/click removal) at 224kbps. Again, from the WMUC music library.