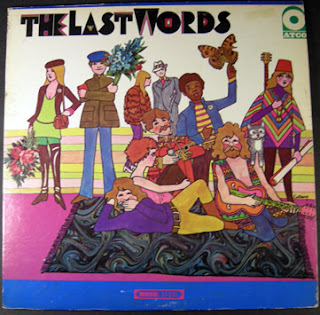 As you can probably tell from the cover, the Last Words were a fun band. They didn't try to be deep, or hard, or political, or mind-expanding they just played pop/rock music in a variety of styles. The album consists mainly of (well-chosen) covers and a few competent pop originals that could have been written by any number of other bands of the period. They do interpret the material in original ways. I particularly like their odd arrangements, which often lead to unexpected turns in the songs--like the fuzz guitar freakout in the middle of "You've Lost That Lovin' Feeling" or the languid take, with dirge-like organ, on the Beatles' "No Reply." They do use plenty of fuzz, organ & tambourine.

Prior to this Atco album they recorded a garage rock single on the Boom label and a blue-eyed soul outing on Atco that managed to crack the top 100 (the A-side of which, Can't Stop Lovin' You, made it on this lp). After it, they released a couple of other singles off the record and then disappeared into rock obscurity. John Lombardo, the singer, held on a little longer with a couple singles produced by Tommy James (of Shondells fame). The All Music Guide says he was the same John Lombardo who was later in 10,000 Maniacs but, for some reason, I think they're probably wrong (come to think of it, they're often wrong but that's another issue).

Music available here or here. I ripped this one myself from a mono copy of the record (I think it was released in stereo as well).
Posted by Max at 6:45 PM 12 comments: 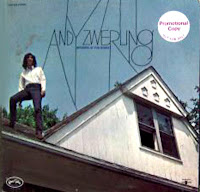 Since the last repost I got was so popular (and since it takes a lot of time to rip my own vinyl) I'm going with someone else's rip again this week. Not sure who the anonymous newsgroup poster was, but thank you very much for your effort & for turning me on to AZ.

Andy Zwerling has been around the music biz for a long time as a reviewer (for Rolling Stone), songwriter & (as you can hear on this release) a performer. More recently he's recorded with his sister, Leslie, producing at least one double CD's worth of (apparently) great pop and rock'n'roll that I would love to hear if I could find someplace where it was still for sale. But then again I wish someone would issue this record on CD too!

This 1971 album on the Kama Sutra label features some gentle & beautiful psych-folk songs, most featuring just Andy's voice & acoustic guitar. The lyrics have a slightly mystical bent that at times make them seem a bit dated but generally they retain their original appeal. Lenny Kaye (the rock god of New Brunswick, NJ and the man who brought us garage punk) also appears on this release.

There was a New York Times article on Andy a few years back in which he says, "I got a record deal with Kama Sutra, thanks to my friend Richard Robinson. The label gave me 64 hours to make a record, so I couldn't have done my rock 'n' roll stuff." Instead he went for a more introspective, folky sound and pulled it off quite well. Unfortunately, the record was released just after Kama Sutra got bought out by a bigger fish and the record seems to have been forgotten (by the label, at least) in the shuffle. 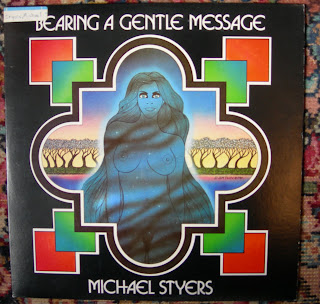 This record gets described as acid-folk by record dealers (but then again they'll describe almost anything as acid-folk these days). It does have some trippy moments and certainly the lyrics (involving Pan, Merlin & willow trees) fit it with the whole acid-folk aesthetic, but the music is probably better categorized as rural folk-rock and (at times) country-rock.
Lysergia.com compares it to Gary Higgins, and while I like Higgins' record better there are points of similarity. Styers is certainly a more-than-component guitarist and his backup group (which features cello & bouzouki among more traditional rock instruments) is strong. The record was recorded in Chapel Hill, NC in 1980 and released the same year as private press lp (500 copies pressed). It's not easy to find and (like a lot of private press psych) will probably be over-priced if do locate a copy.
Here's a tracklist (7 and 8 are bundled together on this rip):
1. Michael Styers - Bearing a Gentle Message
2. Michael Styers - Jaguars in the Jungle
3. Michael Styers - Poppies-Willows
4. Michael Styers - Merlin the Magik
5. Michael Styers - Upper Black Eddy
6. Michael Styers - In Time
7 & 8. Michael Styers - Summer Evening's Chant--Pan's Door
9. Michael Styers - Flora
10. Michael Styers - Another Pretty Song
It is ripped from vinyl and encoded at 320k (which makes for a somewhat large file). Thanks again to the WMUC record library.
The music is available on s-ndspace and d-vshare
Posted by Max at 7:30 AM 4 comments: 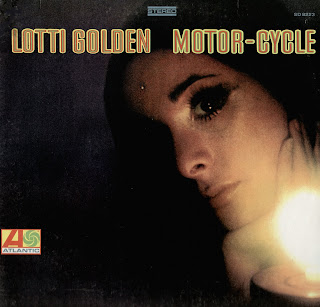 Unfortunately I'm very busy this week and so have fallen back on someone else's rip (thanks to the anonymous News Group poster who put this one out there in the ether). Also, it looks like I'll be travelling next week so don't expect another post for 2 weeks.

This is a fine soul record with some psychedelic touches and some weird Satan-biker references. It was released on Atalantic records in '69 and produced by Bob Crewe. Robert Christgau didn't like it, which is usually a good sign--he compares her to Laura Nyro (who he also doesn't like) & I can definitely hear some similarities (at least with Nyro's earlier work) but Golden has an oddness that puts her in a class by herself. Christgau liked her '71 self-titled album better but I haven't heard that one.
After that 2nd lp she appears to have gone on to work as a back-up singer (for Carly Simon among others) and record producer.

There's a poem about Motor-Cycle Michael on the back of the record (images included in link below) that starts with, "Michael was a siren and a street god...and he said chicks called him Lucifer, beacuse when he got wasted one eye would nod out in the corner...and when I wasn't riding his truth machine, anabell and johnny and me...would go down to the eastside docks and watch the jive sun do the boogaloo on the water..." That should give you as good idea as anything about what the record is like. Perhaps the song titles will help too: