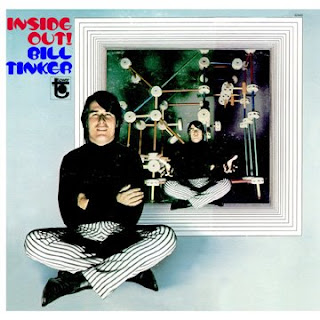 I'll keep this post short since I don't know much about Mr. Tinker. I'm pretty sure that this is his only release, at least under the Tinker name. I have some suspicions, though, that that isn't his given name since there's a liner not on the back of the LP that is either written by "E. Greenburg" or written to thank "E. Greenburg" (the last line is "Thank you E. Greenburg"). But perhaps I'm reading too much into that.
Tinker wrote most of the material ("Silver Love Line" and "Midway" are by Paul McNeil), sang, and, if the photo on the back cover is to be believed presumably played piano and guitar. "Man From Birmingham" was released as the single. The records is a nice, albeit somewhat typical, late-60's pop outing with some semi-psychedelic lyrics, a dash of country twang, a little bit of current events, some harmonica, and melodies that are pleasant if not particularly memorable. I like it and hopefully you will as well.
Here's a tracklist:
1. An Everday Thing
2. Again, Again
3. Midway
4. Man from Birmingham
5. Silver Love Line
-------------
6. Anything You Ask
7. You Could Get High
8. A Very Ordinary Man
9. Dee Anne
10. Son
Play it again here.
Posted by Max at 7:32 AM 9 comments:

WTF happened to my blog colors? 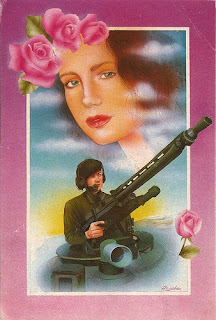 So I woke up this morning and the colors on my blog had all changed. I've tried to search through blogger help to find out how to change them back & have not gotten any answers. Short of changing/updating my template (which will cause a bunch of other problems), I'm not sure what I can do. I'd like the blue backgroun back again but what I really want is to be able to read the title of the blog! Perhaps some kind blogger out there has some suggestions.

BTW, expect a new post this weekend. Also, if you haven't checked the links list recently I've been adding links for a lot of great, new blogs as well as some weird, not-so-great ones.