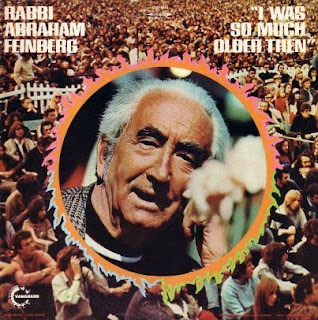 I know I said I wouldn't make apologies for late posts anymore, but I do want to complain a bit about why this post is a couple months late. First, Microsoft wrecked by computer--I let one of Microsoft Security's assistants take over my computer in order to fix a problem with a Vista security update that wouldn't properly install and when they were done the computer wouldn't reboot. After many long conversations with new friends from Microsoft in India I reinstalled Vista a couple times and finally got it working again. Then Bitdefender started screwing with me--every time I downloaded a couple files my internet browser would go blank and I'd have to reboot the machine--that lead me to reinstall Vista a couple more times until I figured out the problem was with Bitdefender. They still haven't fixed it but me and a bunch of other irate people expect a fix within weeks! OK--that's my rant. On to this month's post...

This is a record that should have made it into Roger Bennett and Josh Kun's And You Shall Know Us by the Trail of Our Vinyl, but didn't. Rabbi Feinberg was a leftie, Reform rabbi from Toronto who got some counterculture cred singing along with John & Yoko on "Give Peace a Chance." He even suggested a couple of lines for the song. Soon after he recorded this album for Vanguard. The back cover of which has a couple of photos of him with John & Yoko in case you missed the story at the time. It also features some biographical information detailing his education, his early singing career as Anthony Frome, the "Poet Prince of the Airwaves," and his peace activism. You can read other versions of his bio here and here.

Rabbi Abraham (or Tony) Feinberg covers a number of excellent songs including Buffalo Springfield's "Flying on the Ground," the Bee Gees' "Words," and Dylan's "I Shall Be Released" as well as some really old oldies like Brahms' "Lullaby." And while he doesn't have a bad voice, he doesn't really have much of a feeling for most of the material. He told John Lennon that he couldn't keep time with "today's music," but I don't think that's the problem. He keeps time OK, but he just sounds too too formal, too classical for this material. Still, there are some interesting (if perhaps a bit dated) production touches on the record, like the echoey background vocals on "I Shall Be Released" and the little spoken political pieces that link the songs (there is no blank space between numbers, so it may sound like some of them end pretty abruptly). And the record does grow on you (or at least grew on me) after repeated listenings--so in spite of its general oddness you may find some things to like.

Here's the tracklist
1. Simple Child Loved
2. Story of Isaac
3. Flying on the Ground
4. Warm Traitor's Breath
5. Words
---
6. I Shall be Released
7. Goodthings
8. Bells of Saint-Pierre
9. Torna a Surriento
10. Brahams Lullaby