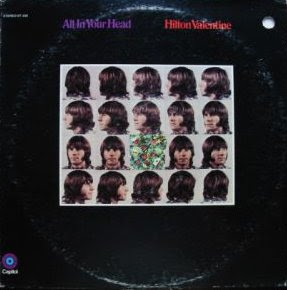 Thanks Max, another unheard/unsung gem.
PS - still not figured out what happened to your blog template/colour?
Cheers

Hello Max,
I've been curious about this lp for a long time. Thankyou for the opportunity to hear it.
cheers
chris

Max you are incredible, I've been looking for this for a long time, finally it's here, thanx God

Thank you very much, and have a nice xmas & happy new year

Never did find out what happened to the color scheme--I'm just trying to learn to like it & maybe fiddle a bit here & there to adjust it.

Do you have anything by The Durocs, Face Dancer, Iguana, Meal Ticket, Ginger, The Heartbeats, Neil Harrison, The Dukes, Key West or The States?

I think you will make a lot of people happy with this post (like me). Thanks a lot.

Thanks Max, this has been on my want list for many years. Always imagined it as a lost psych gem, which sadly it's not, but great to hear it anyway.
In the same category have you got another ex Animal's only LP: Danny McCulloch - Wings Of Man.

A truly enjoyable listen, Max! You have some amazing jewels on your blog, really wish you would post more often...

Glad people are enjoying this one. Don't have any of the requested items but will add them to my "look for" list. I also wish I posted more often but between work & family I just don't have much time these days. I will do my best though to keep post at least once a month.

Hello Max,
Took the liberty to post the Danny McCulloch album
over at my blog, thanks again for the Hilton Valentine post and for all your others as well.

Hi Leonard,
Thanks for posting the Danny McCulloch! Everyone should head over to http://redtelephone66.blogspot.com/ and check it out.
Max

Hi Max, amazing what can happen when you simply make a request. Thank you Max and Leonard for getting the Danny McCulloch posted.
Tony

Hey, thanks man. This seems like a great blog. Looking forward to hearing more stuff on here.

Somehow this is only my first visit here...I'll certainly come back!
Many thanks for this "lost" album I was really curious about it, just played it once and it's quite good.
Apparently Vic Briggs was responsible for all the embellishment here and Hilton had nothing to do or say about it!

well this is doubtless [again] the place to mention my skipping-record obsession: for the perfect trio of ex-Animal solo psychey late 60's albums, somebody puhleazze post ZOOT MONEY: WELCOME TO MY HEAD {RCA} --also graced by Briggs' arrangements

In my previous comment I said that this was "quite good"...I played it few more times now and I LOVE IT!
Definitely the best of the two, if compared to Danny McCulloch's one...it'll be nice to hear Zoot's album too...
MANY MANY THANKS for this album!

label correction to my post above:
Zoot Money - Welcome To My Head. (Capitol ST318 [USA])

You can actualy hear whhere Elliott Smith got those nice vibes... "Everything return to me" is perfect!

Hey, brilliant! This guy was one of my heroes waybackwhen, never heard this though. Thanks!

For those of you looking for the Zoot Money record, you can find it here:
http://frisiansotherfavorites.blogspot.com/2009/05/zoot-money-welcome-to-my-head-1969.html

I've only just found this album and as i've left it so long it's gone.Please reup as i can't find it anywhere else.thankx.zeets

Looks like it's out on CD from Rev-Ola. This is one of the best albums I've posted, and well worth owning on CD so I recommend you all get a copy. The link is coming down.